Can You Borrow Money from a Self-Directed IRA?

Can You Borrow Money from a Self-Directed IRA?

David Moore:  We’re here to discuss IRAs and 401(k) plans, and this is an important question: Can you borrow from an IRA?

David Moore:  How about 401(k) plans? If we put a solo 401(k) plan together for somebody, how about in that situation?

David Moore:  So, we also do what’s called rollover business startups, or ROBs. In that situation, if we’re looking at a typical rollover business startup, we’re just looking at a new 401(k) plan and a C-corp. But, depending on how much somebody needs to use in the business, would it be possible, instead of having to go through the whole rollover business startup? We just put a 401(k) plan together in person, if they were to be able to work with 5$0,000 or less, if they had access to it. That might be a better solution, just to put the plan together and borrow, instead of go through the whole process? Do you have any thoughts on that?

Thomas Moore: Yes, although It probably depends on how long they’re looking to have that money out of their IRA. 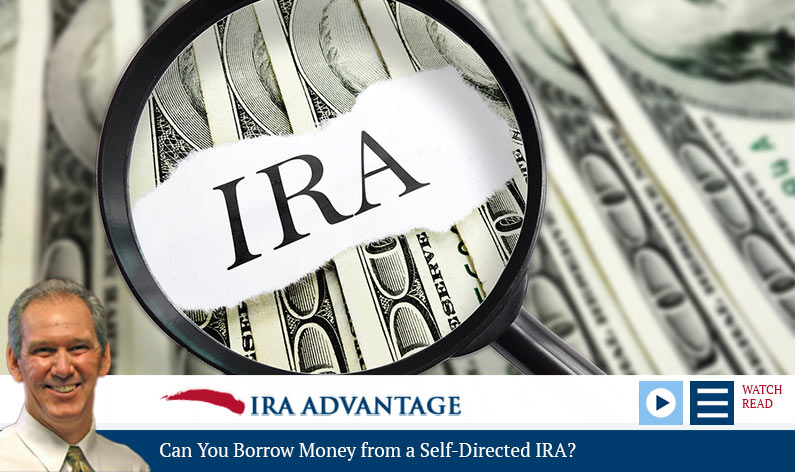 David Moore:  Okay, so this is a little different, but let’s discuss it. We handle tax deferred exchanges in here. With a 1031, the timeline is the biggest headache. Would it be possible to combine plan money, whether we’re talking IRA and 401(k) funds to an acquisition in a 1031? Is that possible?

Thomas Moore: Yes, that is possible. We’ve had transactions where people have set up IRAs or 401(k) plans to add to the pot, so to speak, to be able to buy properties. And we’ve also had situations where people have had IRAs. We talked about borrowing money, but of course with an IRA account, you cannot borrow money from it. What you CAN do is a 60-day rollover once a year. So, sometimes we’ll have transactions where people might get into, say, a reverse exchange where they need additional cash over and above what they have in their ordinary savings to go out and buy a piece of property. So, we’ve had situations where they’ve supplemented with a distribution from their IRA, bought the property, and been able to sell their property in the reverse exchange. Then they take proceeds from that to pay back their IRA. As long as that can all take place within 60 days, then the exchange and the IRA rollover is all good, as far as IRS is concerned.

David Moore:  Interesting. So, you could do the same thing with an acquisition and a cash out reify after acquisition, too. I’m just saying this out loud. We have a lot of situations in today’s world where banking reform has strangled people’s ability to get things done. Once a while, we’ll set up a deal, where we’ve got a source of funds for an acquisition in one place, and it changes. All of a sudden, the lender says, well, gee, now we’re not going to fund this thing. We’ve had this happen. That rollover would be an opportunity to fix a problem short term, and then get it back. It’s important to stress what you said about the 60 days. If you haven’t pulled any money out of this account in the last year for any purpose, then you’re allowed one of those a year, correct?

Thomas Moore: Correct. We’ve had a couple of reverse transactions in the last month or two where we’ve had that situation. Somebody has been able to take their distribution, gotten their purchase done, their sale done, and paid back the IRA in those 60 days. It was primarily because of what you said: The lenders are not willing to work with them on an acquisition.

David Moore:  This is important because there is a lot of misunderstanding around this. People say they want to take money out of their IRA or 401(k) plan to buy a property or a note or whatever it might be, but that is not really what they’re doing. In fact, nothing is being pulled out. In the 60-day rollover, we’re pulling it out and getting it back in. It’s really just changing the investment vehicle. Whether it’s the custodian or the 401(k) plan typically, right?

Thomas Moore: Yes. Everything that we’re dealing with typically is going to be a no-tax situation of the client, because it’s either doing to be a rollover or with the 401(k) plans you can borrow. But, with these rollovers, there are no taxes-as long as you get it back in the 60 days. That is very important. A lot of people will go into these transactions and be pretty confident, especially in today’s market, that they can buy and get their properties sold and repay the account in that time period. If they weren’t able to get the property sold, we’ve got the exchange. We’ve got 180 days to get it sold, but the rollover’s only allowing 60 days. So, you have to get cash back in there from some source.

You really can’t afford to deal with less than IRA experts when planning for your retirement: it’s just too important, and the laws covering IRAs can very complex. Put David and the entire team of professionals at Equity Advantage on your side today. Call to get started, 503-619-0223!