Flipping Property with a Self-Directed IRA

David Moore with IRA Advantage examines whether you can flip property with a self-directed IRA. He looks at whether a property flip is an investment, discusses unrelated business taxable income (UBTI), and whether you can work on the property yourself. Be an informed investor. Learn what you can and cannot do.

Can I Flip Properties with a Self-Directed IRA?

Flipping property is not an investment. This is something I’ve dealt with for almost 30 years with section 1031, and people often want to argue they’ve held something for investment, not resale. There’s something called the Clarkowski court case, nine points used to determine dealer status, and I use that same case and those points when I’m looking at retirement accounts.

What does it mean when I say that flipping property is not an investment? Well, if you buy something with the pure intent of fixing and turning, that is something held for resale, not investment. The government does not want IRAs—specifically, let’s say a Roth IRA—to compete unfairly with the taxpayers. If you think you can buy and sell things over and over and over again with a self-directed IRA with no tax exposure, that’s not the case. You’re actually conducting business. You’re going to be subject to UBTI or UBIT, depending on unrelated business taxable income. You may be wondering whether there a specific number of transactions that kicks it over the line. We don’t give tax or legal advice in here. We don’t sell investments, and we don’t give investment advice. But I would recommend that you talk to your tax people, and they need to be people that understand there’s a line to cross.

Let’s look at how easily you can run into an issue. Let’s say you’ve got an apartment complex with a laundromat in it. Well that laundromat is part of that investment, and just part of that investment in that situation, the income off of it. But let’s say you think the laundromat is great, and you want to take money out of your IRA and go out and buy a laundromat. Well, what is that? What’s that laundromat doing? Is that an investment or is that business income off that stuff? You’re crossing a line. That’s just a simple example.
Many people have told me they have taken a class on flipping properties. They say they want to be reimbursed for the costs of that class by their IRA, and they want to be reimbursed for travel costs to see the property, and so on and so forth. But understand this: Any benefit to a disqualified party with an IRA will blow up the entire IRA.

Another case that comes up is a lot of people that flip properties want to work on the properties. Well, flipping and working on property—that sweat equity—is not acceptable with an IRA. You cannot swing a hammer or put a paintbrush in your hand. People wonder how anyone is going to find out, and I tell them that they’re going to audit you and they’re going to see $500 to the paint company. And then they’re going to ask you where the labor is, and I don’t know what you say at that point.

How Can I Flip a Property with a Self-Directed IRA?

I’m not trying to torpedo the entire concept of flipping properties with an IRA, but these are things you have to understand. You may have been told that it’s no problem, but understand that you make investments. If the investments are held long enough, you’re going to have long-term capital gains tax consequences, which often leads to discuss 1031 exchanges. How long does the property have to be held to have it considered held for investment?

The same question could come up here with an IRA. How long does something have to be held? In the 1031 world, there’s really nothing out there specifically stating an amount of time, and a lot of people think the code says two years on 1031. That is not true. A 10-year period is going to apply to a related party transaction, but an arm’s length transaction doesn’t have any stated required minimum hold period. In fact, there was a court case a few years back where four months was deemed long enough in a situation where somebody bought a property and converted it into a primary residence after four months.

If somebody is pushing me, I typically would tell them a year. I base that on two factors: the break between short, long-term tax rates on assets held for investment and also that it’s been proposed a couple of times by the government. 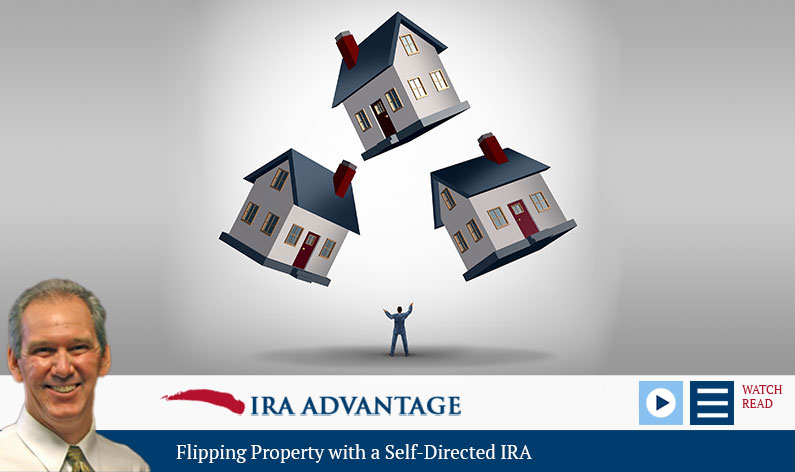 That said, it’s truly up to the taxpayer and their tax counsel. When we’re in high inflationary times, where investment markets are cranking along, we’ll have somebody buy a property and an unsolicited offer comes in, too good to pass up. They take doing another exchange at that point can be defended. But if they’ve bought it and listed it, that’s a different story. There’s a court case where five years was deemed not long enough. It just took five years to sell the property.

When we look at IRAs, you’re supposed to be making investments. And if you’re subject to UBIT on something, and UBIT can come up on leveraged investments. If you buy something with an IRA and you’ve got 50 percent loan to value, half the income, half the gains can have tax exposure, even with a Roth IRA. But that’s not a reason to do or not do something. It’s just something else to factor into your return on investment. That ROI is going to be dictated by a variety of things. Simply understand that. Don’t look at and say you can’t do this because you’re subject to UBIT. That’s just something else to consider and look at the return on. I’m not telling you that you can’t flip properties. Even if you’re holding things totally for resale. I’m not telling you that you can’t flip properties with an IRA, but it’s just something you’ve got to understand. At some point you’re going to cross that line. If it looks like something and smells like something, it is something.

It is not the sheer number of things you’re doing in a year. You’ve got a variety of factors. But once again, understand this is not you. This is the IRA. That IRA’s the owner, and the IRA is going to have any benefit, any pitfall of what’s going on. This topic is just another example of why we want to segregate those funds.

Keep your Wall Street investments with your current advisor, and move what you want to use in this capacity and use it that way. But be sure to work with tax people and legal people that understand this process as well as self-directed IRAs and 401k plans. Work with people who will not be learning on your behalf. Nevertheless, these things are all possible. You can always flip a home with an IRA, but understand at some point—if you’re doing this over and over again—you can’t work on it. You can do the administrative functions to manage, but you need to hire the contractors to do all that work. Make sure they’re not disqualified parties, but also understand it’s that nature of the investment, what you’re doing with it over time. If it’s purely a held for resale situation, you’re probably going to be subject to that UBIT.

Rarely is there a question about whether you can or can’t do something. It’s how you get it done. UBIT is just a number you factor into the return.

Many call themselves IRA experts. Be sure you’re dealing with true professionals when it comes to your retirement planning. Give the IRA experts at IRA Advantage a call today! 503-619-0223